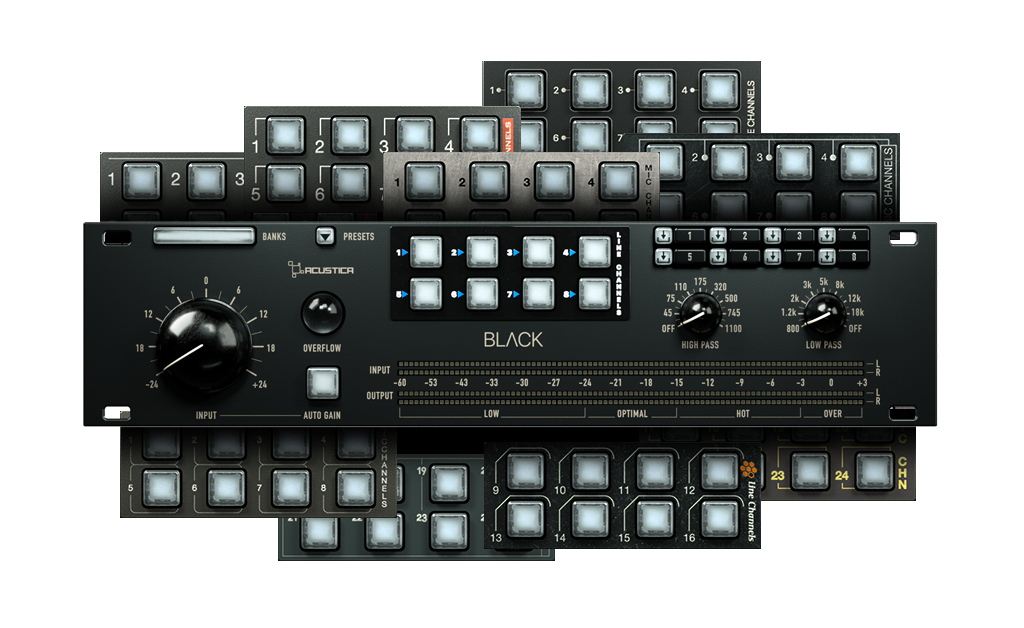 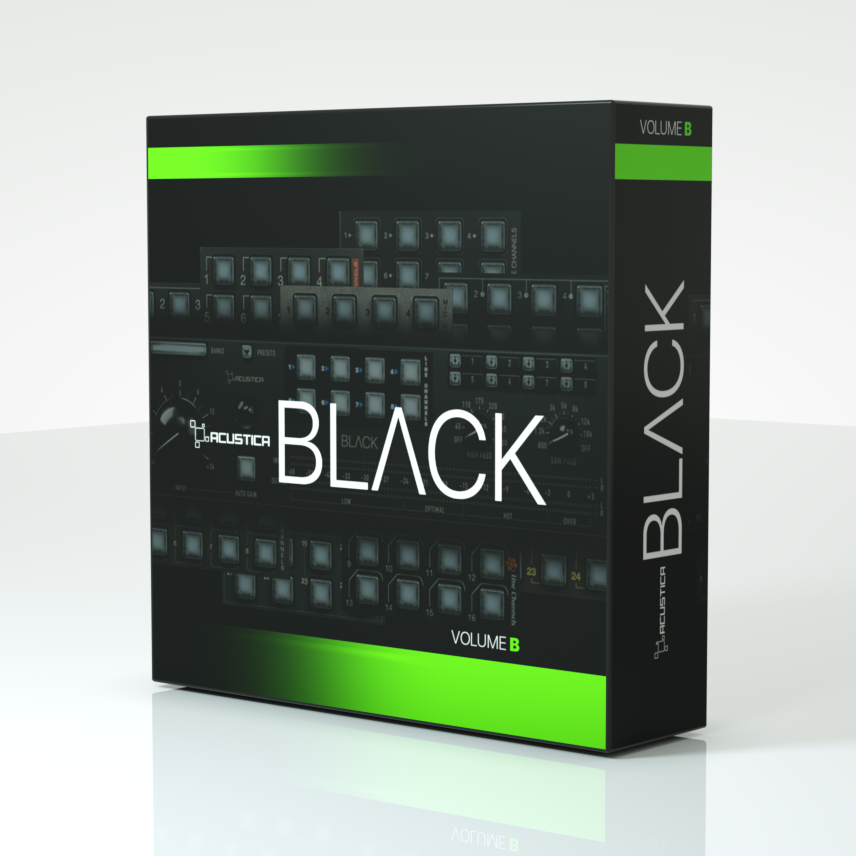 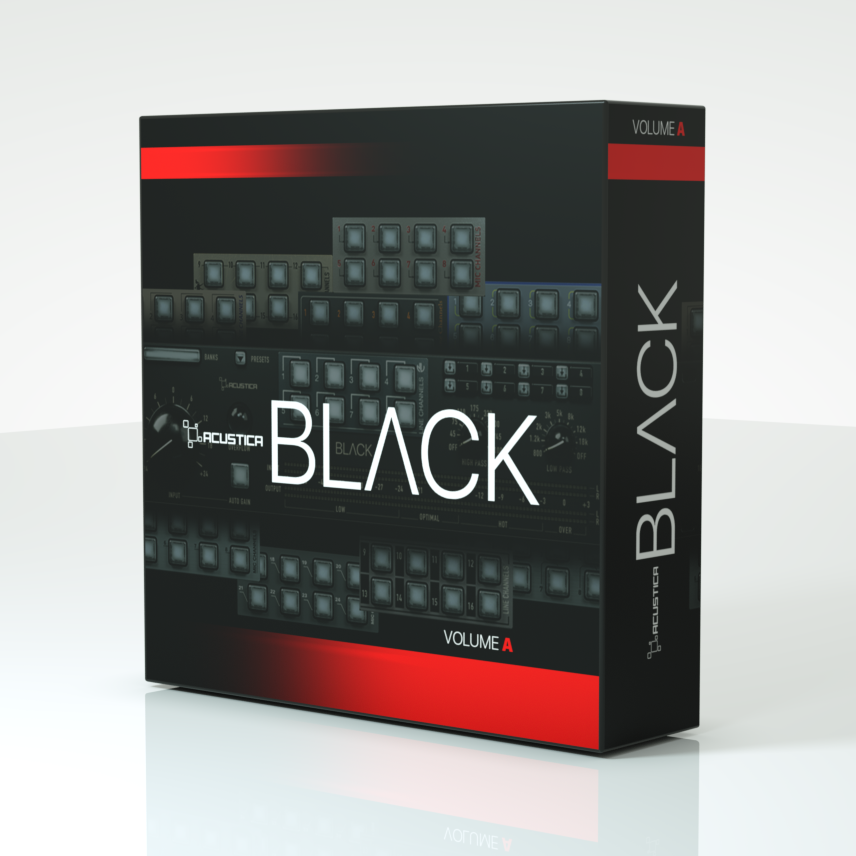 Black is an Acqua plugin bundle that includes two free players focused on gain-staging. But the secret behind Black is the accompanying preamp emulations that provide the authentic analog console sound. The additional ‘Volumes,’ including modern, vintage, discontinued, custom, or existing hardware emulations, can be purchased separately. You’ll enjoy going through all these emulations with Black, The Authentic Analog Sound recreation!

What’s the idea behind Black?

The basic concept behind BLACK is to re-create in the digital domain that warm and tone rich feeling that an analog setup is capable of delivering.
Samples and recordings are usually distributed with 0dbFs while user set processors require an operational level of around -18dbFs.
So as per any analog mixer, prior to mixing a take it is quite important to set a correct amount of pre amplification to your signal since the rest of the chain depends on it.
So, with that  said you should consider Black  as the first plugin suite to add to the channels of your DAW: just set the Input signal level using both the meters and the overflow led.
By increasing the input gain you will also affect harmonic distortion, just like on a real mixer.
Then you should use the filters to eliminate any rumble and useless content in the top end and then fiddle with the different pre-amplifications until you find the one you like most, that adds the best coloring to your source.
By taking advantage of the numerous emulations you will be able to recreate that non-linearity which is characteristic of those deep and open mixes, just like on a real analog piece of equipment.

Thanks to the contribution of the sound engineer and producer Alex Trecarichi (www.alextrecarichi.it), who is an invaluable collaborator of Acusticaudio, and has been deeply involved in the production of this project, the Acustica team are very proud to release this high-performance yet easy-to-use plugin suite.

Unlike other companies, who classify audio content (violins, drums, vocals etc.) with the aim of implementing an auto-mix functionality of the software, Acustica Audio have chosen a completely different approach: they decided to ‘sample’ me and my approach on working on a track. Every mixing move is learned by the plugin based on both the audio material and my personal preferences using it.
This is achieved by using a method based on Deep Learning technology, which allows Acustica Audio to literally teach the plugin my ‘secret moves’.

This is all about my style and my unique creative approach and not about creating fixed ‘presets; this means the plugin will react differently according to what it ‘hears’, based on what it has learned from me while I used it.